20% OFF CLASSES THROUGH AUGUST 15. USE CODE BACKBABY21
Browse Classes>

Whether you're writing poetry or prose, you're writing, in all likelihood, sentences. They may be grammatical and syntactical; they may be florid and desperate; they may be incomplete and fragmented--regardless, you are writing sentences. In prose the unit of the measure is the sentence; in poetry the unit of measure is the line--though even when enjambed, a poetic line is still part of a larger whole: A sentence. Join us as we explore syntax, grammar, and music, the cornerstones of any great sentence, whether it be in prose or poetry. We will look at examples of stunning sentences and learn from them how we too can pack meaning, music, and context into our language. 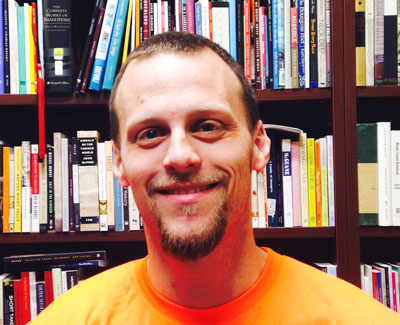 Gary McDowell's Aflame won the 2019 White Pine Press Poetry Prize and is forthcoming in Fall 2020. He is also the author of Caesura: Essays (Otis Books/Seismicity Editions, 2017) and Mysteries in a World that Thinks There Are None (Burnside Review Press, 2016), among other books. His poems and essays have appeared in journals such as American Poetry Review, The Nation, Ploughshares, New England Review, and The Southern Review.

"Gary McDowell was an encouraging, knowledgeable and generous instructor. In his class, I not only learned much more about the technical aspects of writing a poem than I had known before but with his help, was inspired to infuse certain of my poems with greater clarity and strength."

"Encyclopedic knowledge of modern American poetry, willing to share what he has learned about writing itself, which is considerable and worthwhile, all this remarkably without ego; Gary creates a stimulating supportive space to learn."

"Gary set a great workshop tone. He was totally supportive and inclusive, expertly steering discussion but also talking to us as peers. He had things to add, but was never overbearing. I loved his way of instructing and would take a class from him again!"

The Craft of Poetry